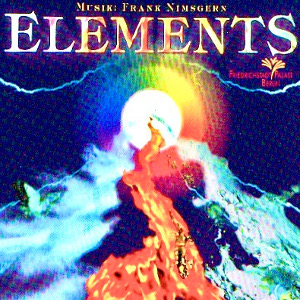 Elements is the millennium revue for the next millennium and experienced a season of 459 performances, attracting more than 720,000 visitors.

MASKS: hiding behind them, not showing one's real face? - Or just a symbol for a state of the moment? Masks as a fusion of the annual circle with that of the human circle of life.

EROS: Let thick people be around me! - We mean, the first human couple was fat. In the dream and magic world of a fantasy spring landscape, not only the first lovers of mankind flow, swim and mate. And to the annoyance of the skeptical scoffer, this happens under the water fountains in the Garden of Eden.

PASSION: A wedding ceremony is initiated with a dance of two lovers. Symbolically, the priestess gives the young couple the gift of being able to fly. This ends, as in the legend of Icarus, with the crash into the sun.

The sorrow of the daughters of the sun brings forth the human beauty, the light. The warriors of darkness fight it. Life and love for eternity is the message in the finale of the picture.

EGO: A party is invited, which includes abundance and satiety. Everything turns around power and wealth, the dance around the "golden calf" begins. Not to this illusory world belong the two lovers, who do not want to replace real feelings by venal arbitrariness. In ecstasy, the remaining party guests go to hell.

DARKNESS: The ark in the new millennium becomes a spaceship. The human couple in this picture initially have quite different intentions - death embrace and longing for love. Thus, the deadly embrace of the Ark commander through the mask of evil leads to the crash into the eternal ice. But it is he who can overcome and change coldness, torpor and death through love.

Can you seel the light