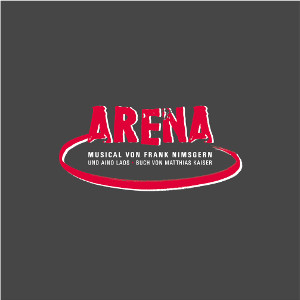 The setting of the musical is a circus arena. The story initially takes place on two levels, which flow together in the course of the plot.

On the one hand, the fates of the four members of a circus on the brink of ruin are portrayed. They show unconditional passion in their profession during each performance, but each one is struggling with a personal crisis:
Ringmaster Alfredo doubts the meaning of his life's purpose, the circus. Tamer Kitty is a drug addict and inwardly plagued by anxiety, which she manages to mask with agility and vitality in the limelight in the ring and in front of her tigers. Boudouno, the escape artist, suffers from a life-threatening illness and Betty, a musical clown, is frustrated, underchallenged and aspires to higher things, an opera career. In an argument with the director, also her husband, she is determined to leave the troupe, but can be persuaded by the others to stay.

All' these events are observed, this is the second plot line, by two angels, a guardian angel ("SHE") and an angel of death ("HE"). Both have a mission: SHE is to prevent a misfortune, HE has come to take a person out of life. Details are not known. While HE has only the scheduled completion of the mission in mind and is very cynical about the circus events, SHE, with enthusiasm to fulfill her task, is impressed by the skill and the human feelings of the artists, which she herself as an angel is not able to understand.
She falls in love with the seriously ill Boudouno. Against the will of the angel of death, SHE sacrifices her immortality. When SHE and the escape artist meet, he also falls in love. In the evening SHE appears as a mysterious mind reader in the performance and helps the circus to success. But already in the same night HE leads Boudouno to his death. When SHE awakens, she can no longer find her lover in the darkness of the night. The flame that SHE lights to find him causes the circus to burn down and all perish in the fire. - But still in heaven, the circus continues to exist: the show must (always) go on....

The problem of the play lies in the conflict, which becomes particularly clear through the dialogue between the two angels: Does the fear of death drive people into the illusory world of the circus, or does not the circus contribute to making human existence more worth living? This is also an essential element of the play for the director Gerhard Weber: "[...] what do you actually lose when you have lived, what do you gain through it in death conversely." The guardian angel, by bringing about the catastrophe that he ("SHE") actually tried to avoid, has to come to terms with the "loss of life", because in heaven the circus performance awaits him. In addition, at this point, there is another fundamental point of contention in the theater world, which develops in particular between the director Alfredo and Betty: The conflict between commercial return and artistic ambition. Here, too, the solution proves to be very exaggerated: even in heaven, the show must go on.

Can't you feel it

Tiger in your tank